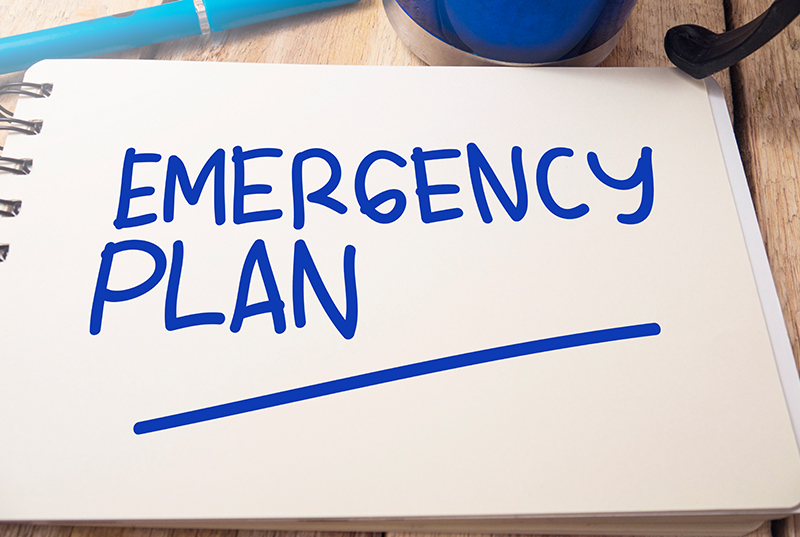 In two separate cases, the Occupational Safety and Health Administration (OSHA) issued six-figure citations against employers that failed to plan ahead for foreseeable emergency situations. The employers have 15 business days to comply with the citations, request an informal conference with OSHA’s area director, or challenge the findings before the Occupational Safety and Health Review Commission.

In one case, a fire engulfed the furnace room and then spread to the roof through an exhaust fan at the Greenville, Missouri, location of food flavoring manufacturer Kerry, Inc. Employees donned flame-resistant clothing and respiratory protection and used 5/8 inch and 1½ inch water lines to try to extinguish the fire. One employee climbed to the roof to fight the fire. There were no fall protections in place such as a guardrail or personal fall arrest system, as required for work less than 6 feet from the edge. Sadly, the employee fell 25 feet to the pavement below and suffered fatal injuries. OSHA issued citations for one willful and eight serious safety violations, totaling $223,525 in penalties. In addition to the lack of fall protection, OSHA found a number of other problems, including failure to conduct a hazard assessment for employees who fight fires, failure to establish a fire brigade policy and make it clear when to evacuate rather than fight fires, and failure to provide proper self-contained breathing apparatuses and full protective gear where toxic products of combustion or oxygen deficiency could be present.

In another case, an employee of an industrial contractor (Turner Specialty Services LLC) suffocated when he lost his air supply in a confined space at the Tuscaloosa, Alabama, location of petroleum refiner Hunt Refining Co. The space was poorly lit, with light coming only from the entry hole and from the bottom of the space. Once it became apparent that a rescue was needed, it took too long for designated employees to respond because they had been assigned other duties. OSHA cited both employers for serious safety violations, resulting in a combined total of $106,080 in penalties ($66,300 attributed to the contractor (Turner) and $39,780 attributed to the host employer (Hunt)). In addition to the lack of lighting and failure to have designated rescue team members available to respond to an emergency in a timely manner, OSHA observed other lapses. Among other issues, both employers failed to document completion of procedures required for a confined space entry permit; the contractor failed to train affected employees on how to perform rescues; and the host employer failed to ensure that the confined space entry permits identified emergency and rescue services to call, and how to contact them.

Tips for Employers: When conducting hazard assessments, employers often forget to think through reasonably foreseeable emergency situations. It’s important to establish plans for handling emergencies and rescuing employees. For example, it may be wise to allow no more than one confined space entry permit at a time, so your rescue teams don’t have to divide their attention between more than one location at once. Also, rescue teams should perform drills on a regular basis. Need help? Vigilant members can contact your safety professional.

Not a Vigilant member? Contact us today to learn how we can help you with workplace safety.

States back off from issuing general vaccine mandates

Question: As we enter this new phase of the pandemic, it seems like everyone is going to get sick. With the vaccination mandate effectively dead,…

On January 5, 2022, the California Department of Public Health (CDPH) extended its order requiring everyone to wear masks in indoor public settings regardless of…

Now that the Supreme Court has upheld the Centers for Medicare and Medicaid Services (CMS) vaccine mandate for COVID-19 (coronavirus), it’s time for covered entities to dig…

States back off from issuing general vaccine mandates

The states of Arizona, California, Oregon, and Washington have all indicated that they don’t currently plan to proceed with their own general workplace vaccine mandates in…

Sign Up Today to Receive Employment Law and Safety Updates