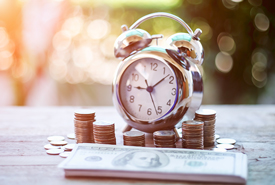 The U.S. Department of Labor (DOL) has updated its guidance on the “regular rate” requirements under the Fair Labor Standards Act (FLSA). Under the FLSA, employers must pay workers overtime of at least one-and-a-half times the “regular rate” for hours worked beyond 40 hours per workweek. The regular rate could just be a worker’s normal rate of pay, but it could also include additional pay such as non-discretionary bonuses. The new rule mostly clarifies the existing regulations to help employers better understand the types of pay and benefits they can exclude from the regular rate when calculating overtime pay, but also makes two substantive changes. The first substantive change is related to call-back pay, and the second updates the “basic rate” used by some piece-rate employers as an alternative to the regular rate.

The DOL said the new rules reflect a more modern workplace in which employers give their workers many types of perks and benefits. Specifically, the DOL clarified that employers may exclude the following when calculating an employee’s regular rate for purposes of overtime:

The DOL also updated the regulations related to “call-back” pay, which previously required call-back pay to be “infrequent and sporadic” in order to be excludable from the regular rate. Under the new rule, that requirement is eliminated; however, call-back pay can’t be so frequent that it’s “essentially prearranged.” In other words, although you still have to pay overtime to a worker who is called back for a special assignment which bumps their total hours for the workweek over 40, you may not have to include infrequent call-back pay in calculating the regular rate for that overtime.

The DOL also updated the upper limit on exclusions from the “basic rate,” an optional rate calculation for piece-rate workers that is agreed upon in advance, based on average hourly earnings over a representative period of time. Previously, employers using the basic rate for piece-rate workers could exclude additional payments to workers (beyond their normal pay) as long as the additional payment didn’t increase total overtime compensation by $.50 per week on average for overtime workweeks. The DOL raised that limit to 40 percent of the applicable local, state, or federal minimum wage, whichever is higher. Before you take any action on the DOL’s basic rate option, though, be aware that Vigilant doesn’t recommend using the basic rate. Instead, we recommend using the regular rate for piece-rate workers based on the total wages actually earned by piece work during the workweek, plus taking into account state law requirements for paying piece-rate workers for non-productive time. For further information about paying piece rates, see our Legal Guide, Piece-Rate Method of Compensation.

Tips: These changes take effect on January 15, 2020. They don’t change anything for most employers, but rather provide clarity to existing law. Check out the DOL’s fact sheet on the new rule. If you have any questions about the regular rate, or about what you can exclude from the regular rate, contact your Vigilant Law Group employment attorney.

The Washington Supreme Court recently ruled the state’s agricultural exemption from overtime doesn’t apply to dairy workers, in a case with widespread implications for all agricultural employers.…

On August 18, 2020, Sonoma County was added to the list of California localities to enact supplemental emergency paid sick leave (EPSL) related to COVID-19.…

Sign Up Today to Receive Employment Law and Safety Updates